Pleo is a robot hidden inside a cute little dinosaur. The robot comes from Amazon Scotland since it are not sold in Denmark yet. It was shipped by UPS and delivered in Denmark the day after it had left the shop. 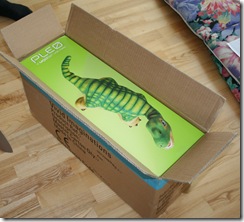 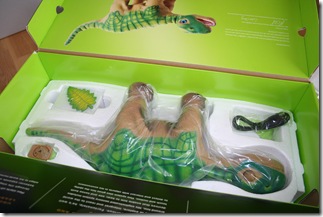 Here are some pictures of the dinosaur before birth. I shall mention that you dont doubt that the robot is new is smells like new paint. 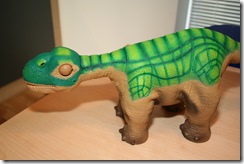 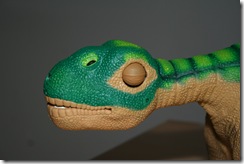 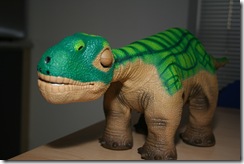 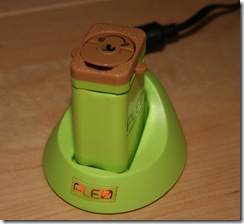 Since the robot is from Scotland it comes with a English power connector and it doesn’t fit into a standard Danish power socket so a converter is of cause needed. Its maybe also one of the causes that it isn’t sold in Denmark and Germany yet.

And some of the dinosaur after power on. After the initial birth Pleo becomes active and will of cause play like a dog with a stick. 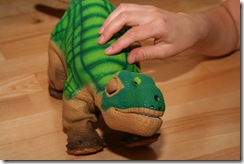 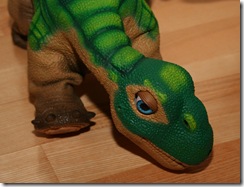 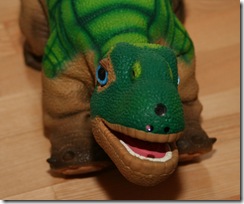 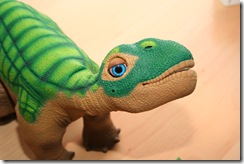 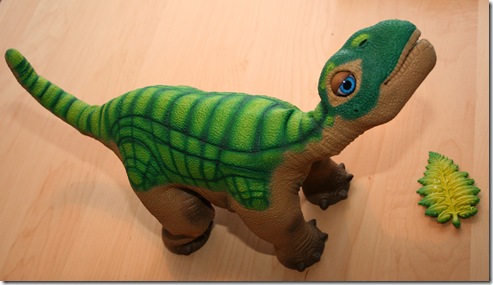 The fun part is of cause that it is possible to update the software running the robot. With new updates from UGOBE but also with your own custom software. UGOBE plans to release a PDK later this year, but there are already some third party applications available now to ease the development.

Pleo are a well equiped robot Pleo inside